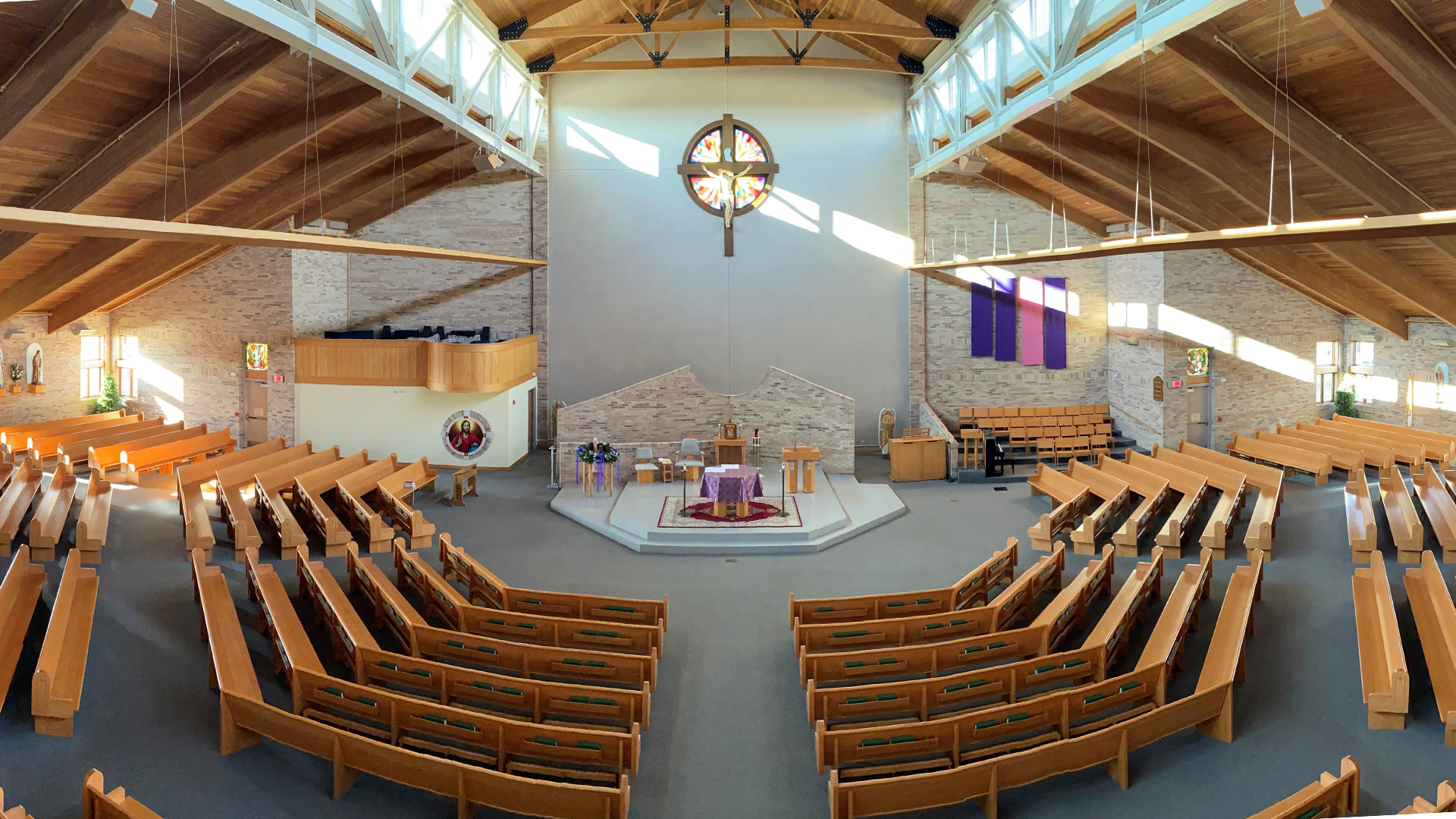 Diocese of Joliet Announces Appointment of New Bishop, Most Reverend Ronald A. Hicks
07/17/2020

JOLIET, IL-- Pope Francis today announced that he has named Bishop Ronald A. Hicks, Vicar General of the Archdiocese of Chicago, as the sixth Bishop of the Catholic Diocese of Joliet, IL. Pope Francis had previously accepted the resignation of Bishop Emeritus R. Daniel Conlon and had named Bishop Richard E. Pates as Apostolic Administrator of the diocese until a new bishop could be appointed.

Bishop Hicks, 52, will be installed at the Cathedral of St. Raymond Nonnatus in Joliet, Ill. on September 29, 2020.  "The Diocese of Joliet is most grateful to Pope Francis for the appointment of Bishop Ronald Hicks as its sixth bishop,” said Bishop Pates.  “The bishop owns a reputation for pastoral leadership and is totally committed to the ongoing renewal of the Catholic Church. He is a worthy successor to Bishop Conlon and his predecessors." 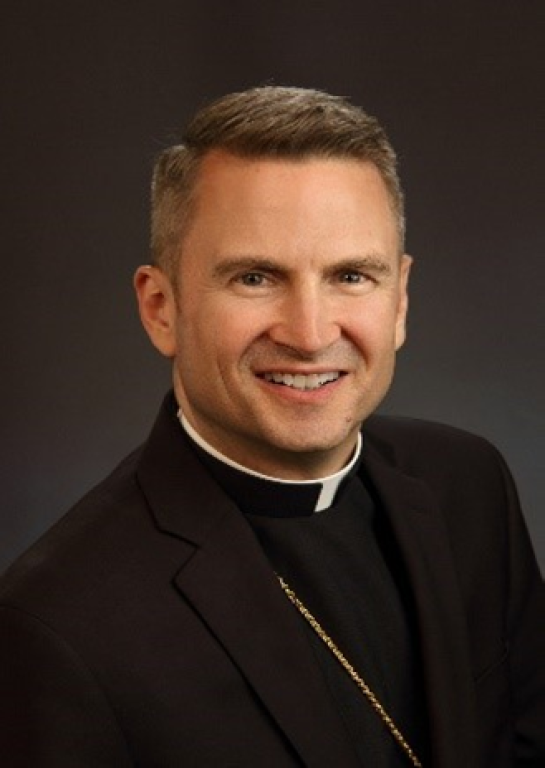 Bishop Hicks, a native of Harvey, IL. grew up in South Holland, IL. where he attended St. Jude the Apostle Parish and Grade School. He graduated from Quigley Seminary South in 1985.  He received his B.A. in Philosophy from Niles College of Loyola University Chicago in 1989 and his Master of Divinity degree in 1994 and his Doctor of Ministry degree in 2003, both from the University of St. Mary of the Lake in Mundelein, IL.

Bishop Hicks served as an Associate Pastor at Our Lady of Mercy Parish in Chicago from 1994 to 1996 and then at St. Elizabeth Seton Parish in Orland Hills, IL. from 1996 to 1999.  From 1999 to 2005, he lived and ministered at St. Joseph College Seminary as the Dean of Formation.

In July 2005, with permission from Cardinal Francis George, Bishop Hicks moved from Chicago to El Salvador to begin his five-year term as Regional Director of Nuestros Pequeños Hermanos (NPH) in Central America. NPH is a home dedicated to caring for more than 3,400 orphaned and abandoned children in nine Latin American and Caribbean countries.

From 2010 to 2014, Bishop Hicks served as the Dean of Formation at Mundelein Seminary.   During that time, he assisted with weekend Masses at St. Jerome Parish in Rogers Park, Chicago, IL.

Bishop Hicks was appointed Vicar General of the Archdiocese by Cardinal Cupich on January 1, 2015.  On September 17, 2018 he was ordained an Auxiliary Bishop at Holy Name Cathedral in Chicago.

About the Diocese of Joliet

The Roman Catholic Diocese of Joliet was established by decree of Pope Pius XII, and formed out of parts of the Archdiocese of Chicago, the Diocese of Peoria and the Diocese of Rockford. Samuel Cardinal Stritch of the Archdiocese of Chicago installed Most Reverend Martin D. McNamara as Joliet’s first Bishop (1948-1966) at the Cathedral of St. Raymond Nonnatus in Joliet on March 24, 1949.  Bishop Ronald Hicks will be Joliet’s sixth bishop, following also Bishop Romeo Blanchette (1966-1979), Bishop Joseph Imesch (1979-2006), Archbishop J. Peter Sartain (2006-2010) and Bishop R. Daniel Conlon (2011-2020).

The Diocese of Joliet presently serves 616,000 parishioners in 118 parishes & 7 missions across DuPage, Will, Kendall, Grundy, Kankakee, Ford and Iroquois counties in Illinois.  The Diocese additionally serves thousands of students across its 42 elementary schools, 8 high schools and 3 universities. Volunteers from our communities serve in countless ministries at their parishes and through our overseas missions, while Catholic Charities in the Diocese of Joliet serves tens of thousands through its mobile food pantries, Daybreak Center in Joliet, early childhood services, counseling and aging and disability services. 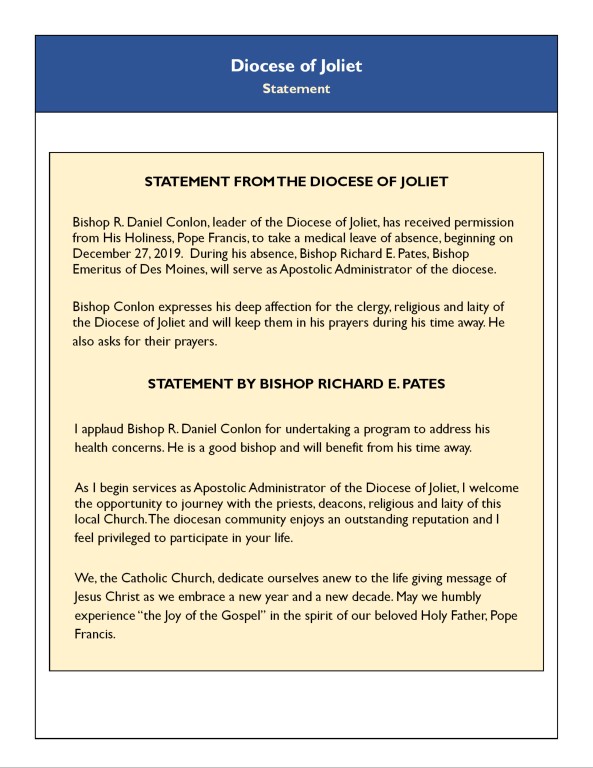 CHRIST IS OUR HOPE 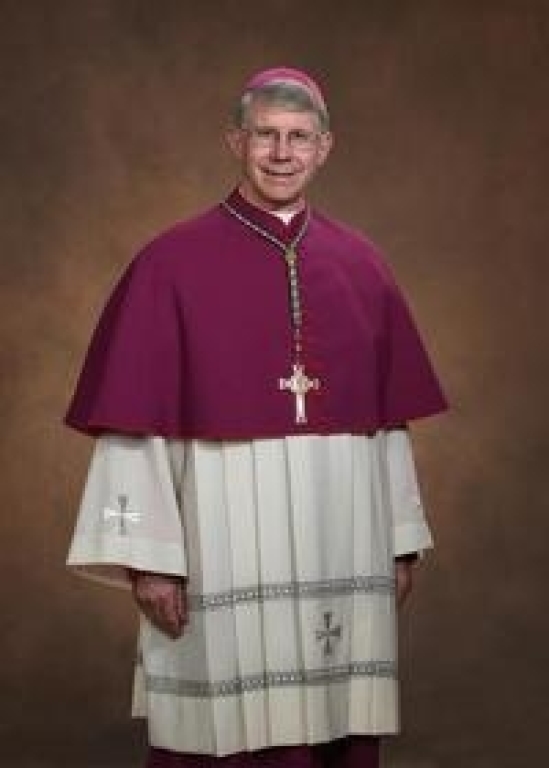 “Pope Francis, in his encyclical, Laudato si, asks us to reflect upon the current environmental challenge and our place in it.  The encyclical invites us to begin with an openness of spirt that enables us to examine fully our individual, social, financial and political actions and arrangements, as well as any needed changes.  Responding to this call to care for creation and each other will require individual conversion and social transformation.  Indeed, our faith tells us that our salvation is connected with how we conduct our daily life here in our common home.

It is important to note that the Holy Father is not turning scientific conclusions into church doctrine.  Rather, he is responding to generally accepted science from the perspective of faith.

Using Laudato si as our guide, let us open our hearts and engage our minds to find ways to move forward together.”

Link to Pope Francis's Encyclical on the environment 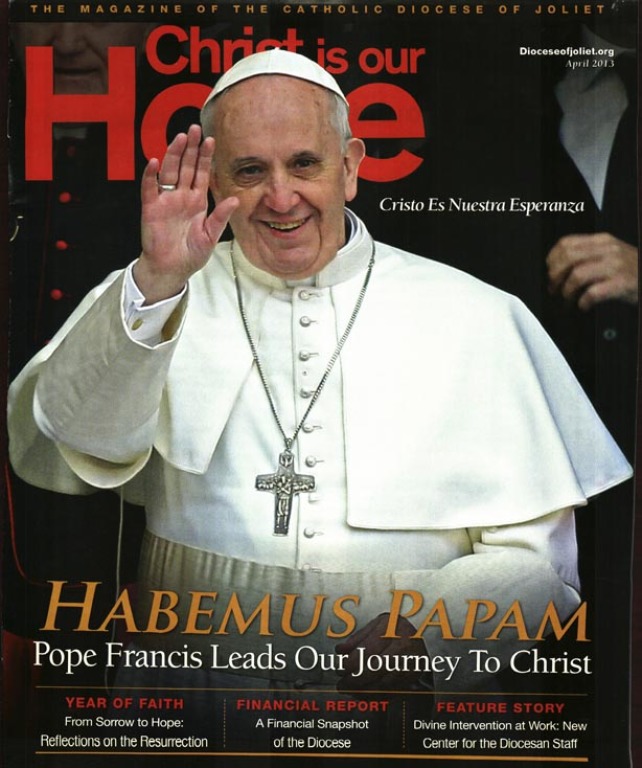 Link below for more information about Christ is Our Hope magazine